Refrigerants Australia has long recognised that, for most of the gases used in refrigeration and air conditioning, the global warming potentials are significant and that reasonable steps needed to be taken to reduce emissions of these refrigerants.

As early as 1998, Refrigerants Australia was advocating for appropriate end use controls on ozone depleting refrigerants to be extended to HFCs and for end use controls to be nationally consistent by having the Federal Government take a leading role.

In 2007 Refrigerants Australia began advocating for a phase-down in HFCs before any international proposal and three years in advance of the Australian Government.

Refrigerants keep Australians comfortable and safe, and ensures that food and medicines are delivered at the right temperature.

Refrigerants are used throughout the HVAC industry in a variety of equipment, and while they have performed an admirable service to the world by increasing human comfort and slowing the bacterial growth in food, most refrigerants have proved to have a negative effect on the environment since they contribute to global warming and ozone layer depletion.

Greenhouse gases like carbon dioxide and emissions from some refrigerants are contributors to global warming by absorbing infrared radiation and holding it in the atmosphere – the greenhouse effect.

Fluorocarbon refrigerant are colourless and odourless gases that are generally stable, non-flammable substances. Their molecular stability means they have a long life in the atmosphere. Fluorocarbons with chlorine have the potential to deplete the earth’s protective ozone layer and contribute to climate change.

Since the late 1980s, the law has required industry to deal responsibly with ozone-depleting gases. In response to the Montreal Protocol, contractors must recover the gases and wholesalers must accept them for safe reprocessing or destruction.

What is Global Warming Potential (GWP)

The Global Warming Potential of a refrigerant is measured by the amount of heat a gas will trap in the atmosphere over time, against a carbon dioxide benchmark. Carbon dioxide has a baseline GWP of 1, therefore a gas that has a GWP higher than 1, will trap more heat than CO2.

What is Ozone Depletion Potential (ODP)

The ODP of refrigerants is the measure of how much they cause the ozone layer to degrade, compared to trichlorofluoromethane (CFC-11) which has a baseline ODP of 1. 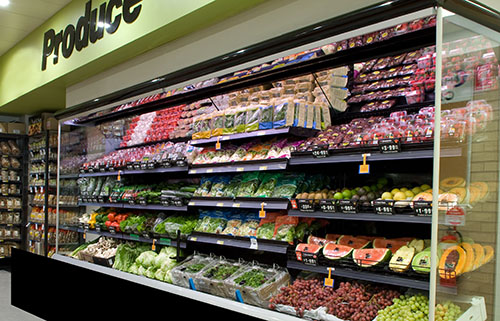